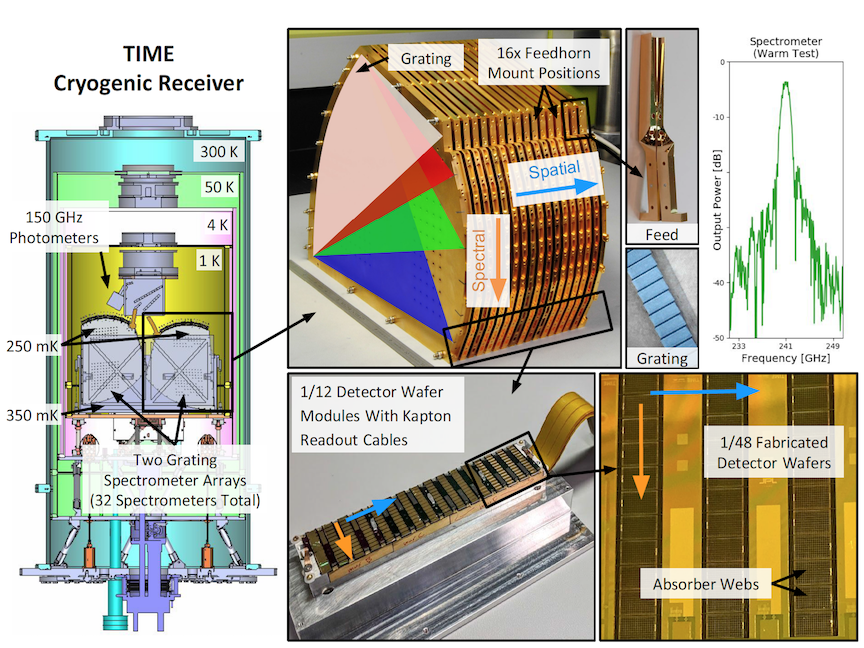 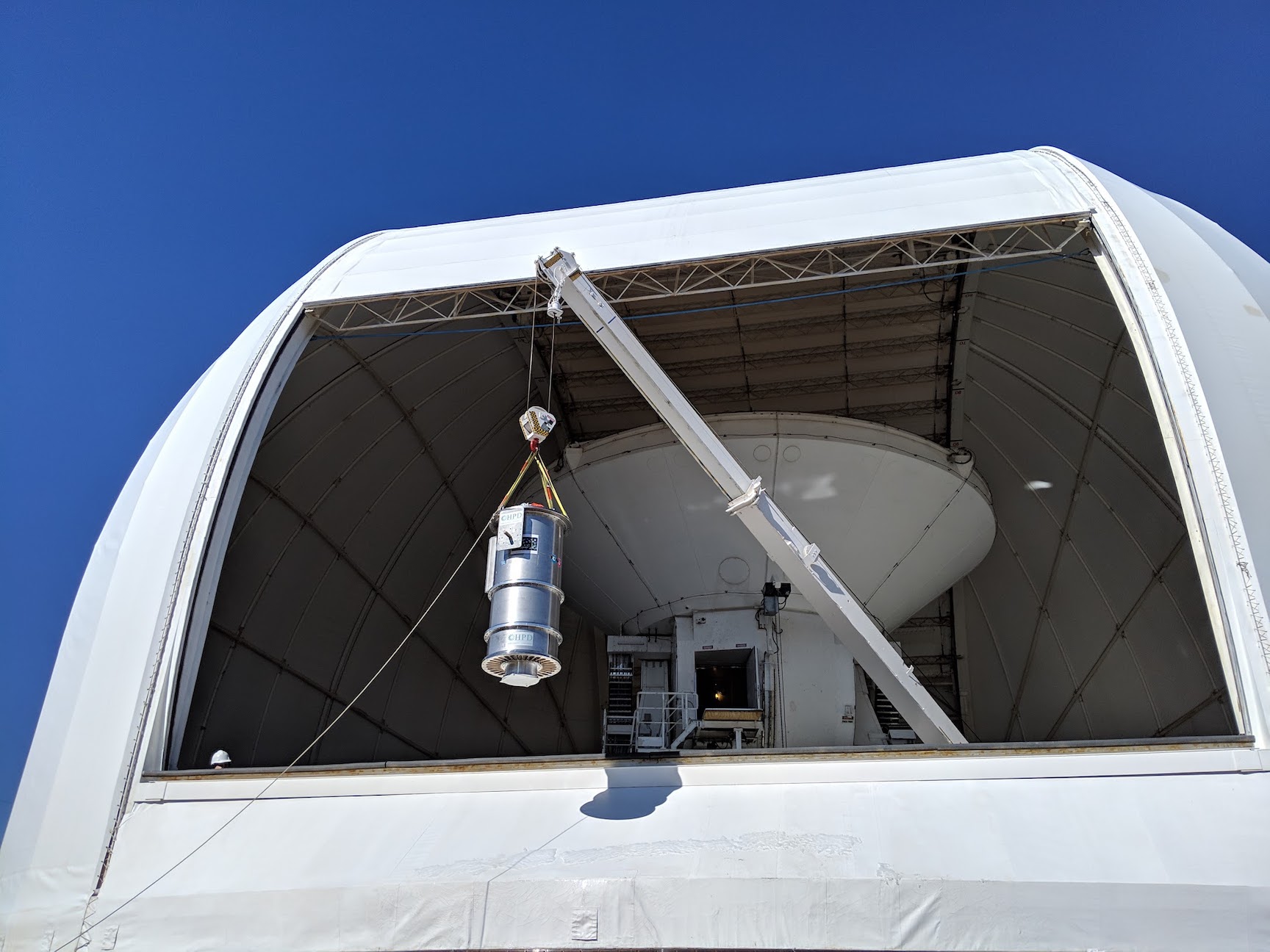 TIME is a forthcoming wide-bandwidth, imaging spectrometer array designed for simultaneously studying (1) the ongoing star formation in galaxies during cosmic reionization and (2) the molecular gas supply in galaxies near cosmic noon, using the line intensity mapping (LIM) technique. The instrument consists of two banks of 16 single-polarization grating spectrometers, each providing a spectral resolving power R~100 and sampled over 200-300GHz by a total of 60 superconducting, transition-edge sensor (TES) bolometers cooled by a multi-stage cryostat. It will soon be deployed this winter to the 12m radio telescope at Kitt Peak, Arizona to start its scientific observation. So stay tuned!

In Sun et al. (2018), we developed a strategy for the removal of foreground contamination by CO line interlopers in upcoming [CII] intensity mapping experiments like TIME, which pose a serious challenge on the interpretation of scientific signals. Our targeted masking strategy is based on empirical measurements of the mean and scatter of the total infrared luminosities of NIR-selected galaxies, derived from stacking them onto deep FIR maps to beat down source confusion. Using the total infrared luminosity as a CO proxy, we find that for mock observations of TIME a desirable [CII]/CO power ratio can be achieved by masking out only <10% of the voxels containing foreground galaxies identified using an evolving CO flux cutoff. This is a lot more advantageous compared with the traditional masking strategy that blindly removes a certain fraction of the brightest voxels. 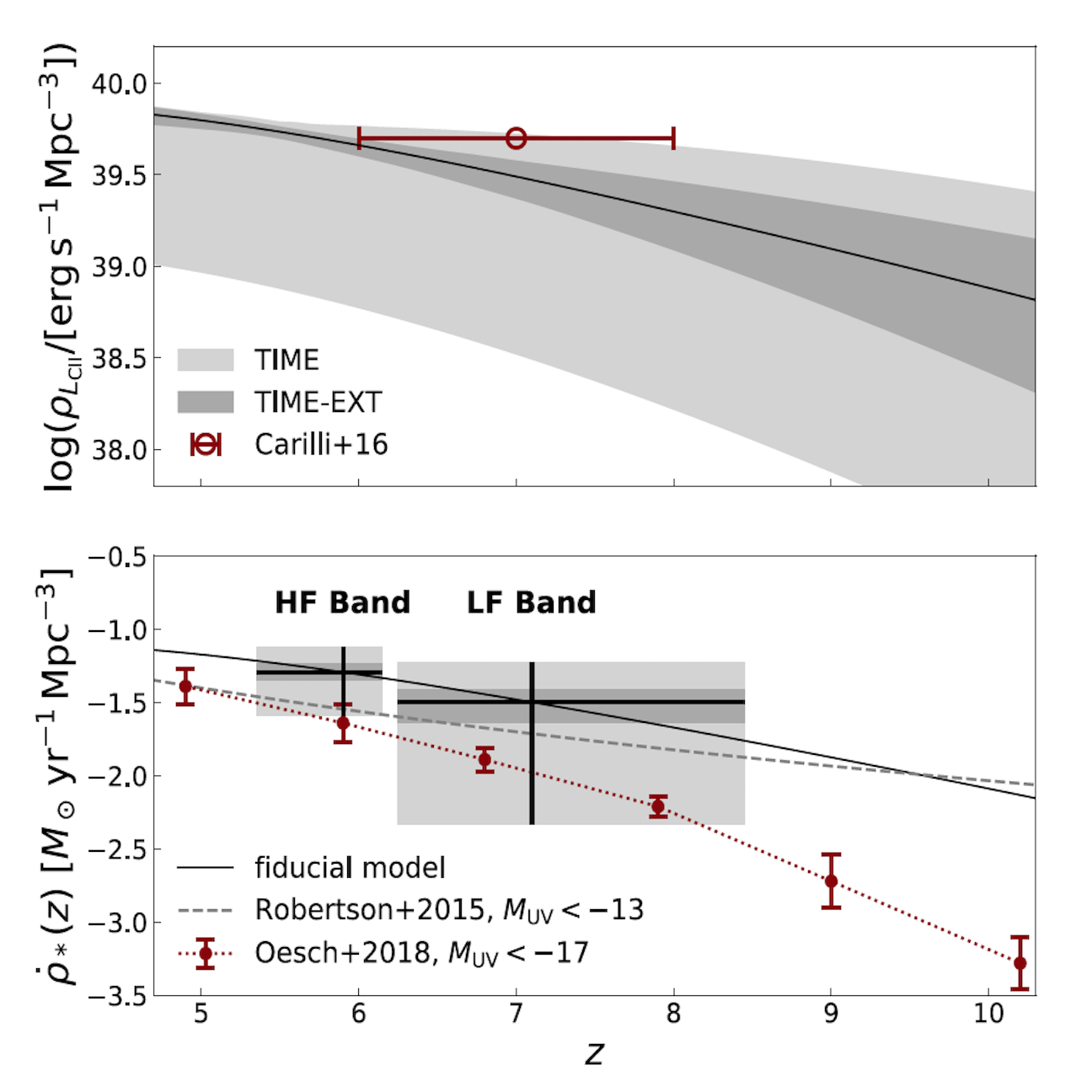 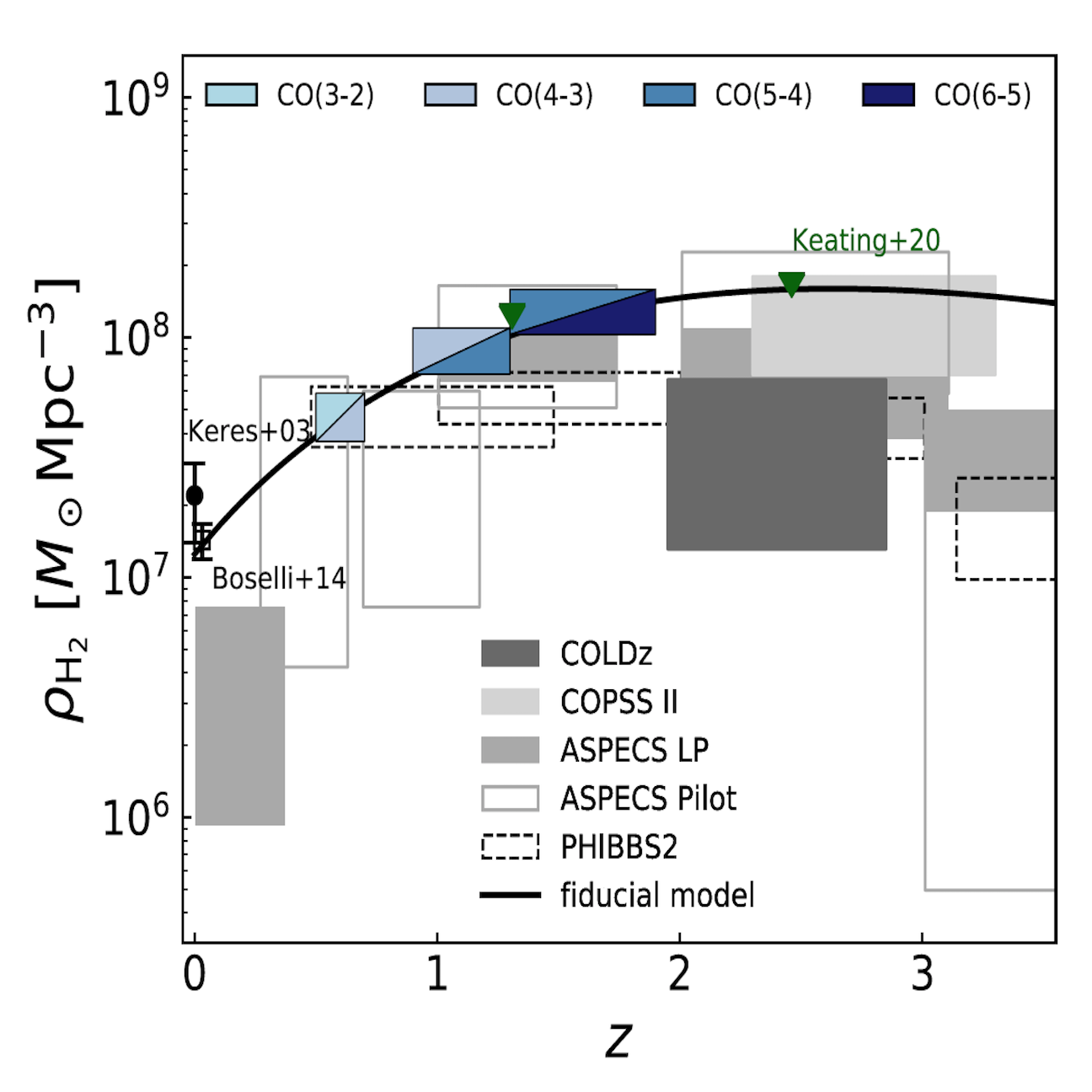 In Sun et al. (2021a), we combine an optimized survey strategy with empirical models of target signals to demonstrate the science cases for TIME and its future phases in probing cosmic reionization and censusing the growth of cosmic molecular gas. Through measuring the spatial fluctuations of [CII] line intensity that traces star formation activity in galaxies, our forecast suggests that TIME can place robust constraints on the cosmic star formation rate during reionization (5 < z < 9), thus shedding light on key questions about reionization such as the escape of ionizing photons. Through in-band cross-correlations of foreground CO lines at 0.5 < z < 2, which are to be picked up and measured “for free” simultaneously, TIME can also leverage these tracers to constrain the cosmic density of cold molecular hydrogen gas fueling star formation.